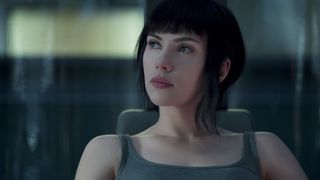 Scarlett Johansson has said that comments she made on the “authentic casting” debate were taken out of context and that she supports diversity in movie casting.

The Black Widow movie and Ghost in the Shell actress was under fire over the weekend after saying she should be “allowed to play any person, or any tree, or any animal because that is my job and the requirements of my job.”

The comments arose after Johansson was asked by As If magazine about her decision to step down from playing a trans man in the drama Rub & Tug. Her initial casting received widespread backlash from trans and queer actors, who said a trans actor should have been cast in the role.

Johansson has since said the As If report was edited for “click bait”, saying in a statement: “An interview that was recently published has been edited for click bait and is widely taken out of context. The question I was answering in my conversation with the contemporary artist, David Salle, was about the confrontation between political correctness and art.

“I personally feel that, in an ideal world, any actor should be able to play anybody and Art, in all forms, should be immune to political correctness.

“I recognize that in reality, there is a wide spread discrepancy amongst my industry that favors Caucasian, cisgender actors and that not every actor has been given the same opportunities that I have been privileged to.”

The actress was previously criticised for taking a leading role in Hollywood's live-action remake of the Japanese manga Ghost in the Shell. She told Marie Clare: “I certainly would never presume to play another race of a person. Diversity is important in Hollywood, and I would never want to feel like I was playing a character that was offensive.”

Johansson will next reprise her role as the Avengers character Black Widow in her forthcoming solo movie. Read everything you need to know about the Black Widow movie - including cast and potential release date - here.