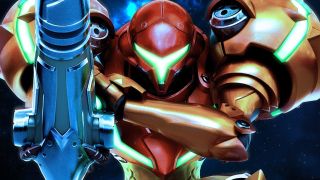 A new rumor put forth by Nintendo leaker LeakyPandy suggests that a Metroid Prime trilogy will be announced for Nintendo Switch before the year ends, most likely at this year's Game Awards. If that gives you a strange sense of déjà vu, know that you're most definitely not alone.

To their credit, LeakyPandy has been right about Nintendo leaks before, especially when it comes to Smash Ultimate. That said, they've also been wrong several times, and we've heard this particular song before, so I certainly wouldn't treat their word as gospel. However, this rumor is worth entertaining, not necessarily because of the latest source, but the fact that LeakyPandy is indeed only the latest source. We've heard this rumor before, and all signs suggest that the planets may finally have aligned.

The prospect of a Metroid Prime Switch trilogy has been hanging around ever since Metroid Prime 4 was announced and subsequently delayed, the idea being that Nintendo would want to fill the dead air while the next Metroid is brought online, to say nothing of kindling Metroid hype among Switch owners. The idea really took off in December 2018, when a Swedish retailer listed a Switch Prime trilogy for pre-order. Interestingly, the listing specifically cited a Game Awards 2018 reveal and pegged the trilogy for a February 2019 release date.

Of course, the trilogy was never announced, so the rumor mill died back down once again - until January 2019, when former Game Informer senior editor Imran Khan claimed that the Switch Prime trilogy is not only legitimate, but has been finished for quite some time. You can probably see where this is going. The theory - which is only a theory, mind you - is that Nintendo delayed the trilogy's announcement last year due to complications related to Metroid Prime 4 and its development teams, but is now planning to show it this year, potentially ahead of a release in early 2020, specifically February.

Multiple leaks support this theory, including LeakyPandy's recent claim, so while it's still quite unconfirmed, it's certainly not baseless. Significantly less concrete is LeakyPandy's accompanying claim that a Super Metroid remake in the style of Metroid: Samus Returns is also planned for Switch, allegedly for 2021. There's absolutely zero evidence of that apart from Nintendo's fondness for remakes, so if you haven't reached for the salt yet, do so now.

If Nintendo does have something new planned for Metroid, we'll know soon enough. Until then, I'd recommend caution and optimism in equal measure.