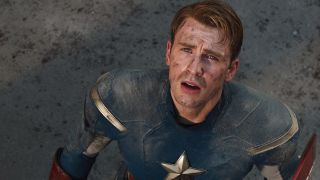 By my last count, Avengers: Infinity War has roughly 94 billion characters in it. So, what’s one more, eh? Except fans have been clamouring for this person – who I won’t name until a bit later as it’s a potential spoiler – to show up again for what feels like forever. And it’s all because of a social media post. Note to actors: stay away from Instagram.

Are you ready? Drumroll please… dun-dun-dun. Actually, I’ll leave it to Hayley Atwell to give us the hint:

That’s right, Hayley Atwell – aka Peggy Carter – is in Georgia where, shock, horror, they’re filming Avengers: Infinity War. Now, Atwell could be catching up with some old friends in the Peach State, but the idea that Agent Carter is returning to the MCU is much, much more tantalising.

Having died towards the beginning of Captain America: Civil War (yeah, sorry, spoilers), chances are that Peggy won’t be returning on the modern-day side of things. Expect either a flashback or a dream sequence.

Except I have a theory…

Avengers: Infinity War needs to kill a lot of heroes for the good of the MCU

You’ve seen the news about Avengers 4 casting for a funeral scene, right? What if Agent Carter appears as a vision just as Captain America bites the bullet? The two loves reunited at last. D’aww. Also: massive sobs.

If you want to get super-duper into speculation. Gone With the Wind was published in 1936 and made into a movie in 1939 – the beginning of World War II and not long before Peggy met Steve. Coincidence? Probably. But, hey, at least my English degree hasn’t gone to waste – I can still Google movie release dates.