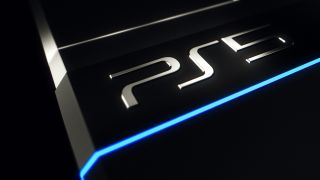 The PS5 takes one step closer out of the plane of possibility and into the realm of reality with a new trademark sighting, indicating that Sony is getting well under way toward rolling the console out worldwide. The new Swiss trademark for PS5 began yesterday, January 27, and was submitted by none other than Sony Interactive Entertainment. Sony has already confirmed the name (and most recently the logo) of PS5, but this does confirm that the console's debut is getting ever closer.

The trademark application was spotted by Dutch tech site LetsGoDigital, and it covers the usual broad range of purposes including interactive computer software, computer hardware, peripherals, and so on. The application lists a priority claim from Jamaica filed on October 3, 2019, which gives the trademark "priority" from that date rather than the date it was filed in Switzerland. International companies often file their first trademark applications for upcoming products with countries that don't make their trademark registries searchable online, thus making the new products harder to find ahead of their intended reveal. Apple does it all the time, too.

In this case, the timing of the Swiss trademark could point toward a pending PS5 February reveal event, lining up with an ample spread of rumors and leaks that indicate the new console finally being properly unveiled next month. Granted, Sony has already confirmed the name and the logo, and if it wants to start selling PS5 this year, it's going to have to file a lot of trademarks around the world. The timing could just be a coincidence as well.

Either way, it's safe to say things are coming to a head for PS5. Hopefully we won't have to spend too much longer waiting here in the plane of possibility, it's starting to get kind of weird in here.

See what you could be playing on your new system with our guide to upcoming PS5 games.