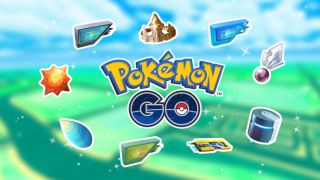 Starting promptly at 1pm PST / 4pm EST / 10pm BST on December 5, Pokemon Go will celebrate the "unique ways Pokemon evolve" with increased appearances by Pokemon like Onix, Eevee, Roselia, and Burmy in the wild, raids, and Field Research tasks. Other Pokemon with "unique evolutions" like Lickitung, Scyther, Togetic, and Ralts will also be joining in on the fun in raids.

During the event period, you'll also have the chance to hatch Pokemon like Tyrogue, Feebas, Burmy, and Happiny from 2km eggs. Evolution items will also be aplenty via Field Research tasks for the week-long event. And for the first time, you'll have the chance to encounter a Shiny Burmy in the wild.

For the duration of the event, all Lure Modules will last an hour, twice as long as usual. You'll also get twice the XP for evolving Pokemon, which should be easier given the Evolution items you'll gain from raids.

Finally, the Evolution event raid day runs for three hours between 11am and 2pm in your local timezone on Saturday, December 7. Here's what you'll encounter for raid day, straight from the official breakdown:

Looking forward to Pokemon Go's next big event? Here's everything you need to know about Pokemon Go's December Community Day.