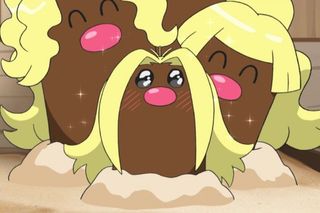 Video games routinely handle climate change better than most politicians, and Pokemon Go is no exception. Last year, the mobile phenomenon convinced thousands of players to get outside and clean up their communities, and developer Niantic is hoping to build on that momentum with this year's Pokemon Go Earth Day event. From April 13 - 28, Pokemon Go and Niantic's other AR game, Ingress, are hosting Earth Day campaigns designed to raise awareness of issues like global warming and ocean pollution, and to encourage players to clean up the planet in whatever way they can.

With the help of 15 NGOs (non-government, usually non-profit organizations), Niantic is hosting Earth Day cleanups all over the world. Attendees will mainly be collecting and organizing trash, but once areas are cleaned up, NGO parties will come in and put out some new plants to help nature make a comeback. The goal is to improve the environment and "make it easier for animals and insects of all types to thrive in their local habitat." If Pokemon were real, I imagine they'd appreciate the sentiment.

To sweeten the deal, Niantic is offering Pokemon Go players a few cumulative bonuses based on how many people turn up to clean up. Here's the full list:

For reference, around 4,200 players showed up at least year's Pokemon Go Earth Day event. If you want to get involved this year, you can sign up here.