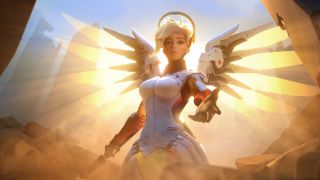 Overwatch and Apex Legends players have taken to Reddit in an effort to convince Blizzard and Respawn to create cosmetic skins to raise funds for the Australian bushfire relief effort. Reddit user WhippitGudd sparked off the idea with a post calling for Blizzard to add charity skins players could purchase to donate to organisations tackling the Australian fires.

For context, Australia has been hit by the worst wildfires seen in decades, ravaging acres of national parks, natural habitats, and residential areas, with thousands of homes impacted and potentially billions of animals killed. Many efforts have been made in all sorts of ways across the world to try and raise funds to help.

So far, the post has 64k upvotes on the subreddit, and others have been quick to support the idea. Apex Legends players shared the original post on the Apex Legends subreddit,  where the community has also asked Respawn to fundraise by adding charity skins in the name of the cause.

This isn't the first time the communities have tried to rally support for important causes. As WhippitGudd pointed out, Blizzard created a charity skin in the past and had great success raising an impressive amount of money for a good cause, with the Mercy skin in support of the Breast Cancer Foundation raising $12.7 million back in 2018. Just last year, Apex Legends players got together to raise money for the relief effort for Mozambique's flooding crisis.

The original post has since been shared on Blizzard's official forum, but so far neither developer has responded to the suggestion to create a charity skin. The amount of support behind the idea from both communities is very heartening to see, and any money raised for the relief effort truly does matter.

Take a look back on the last ten years with our pick of the best 100 games of the decade, or watch the video below: