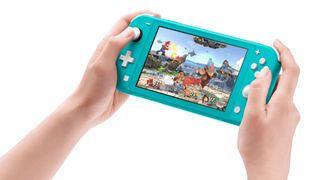 Nintendo Switch won't be the new console on the block once PS5 and Xbox Series X show up later this year, but Nintendo isn't worried about it.

Nintendo's latest console blazed its own trail in the middle of the current console generation, and it worked out - especially compared to Wii U, its direct predecessor. That does mean it's out of step with the two other big console makers in terms of new hotness. In a recent Q&A session with investors, Nintendo explained why that isn't a cause for concern.

It's fashionable for gaming executives to explain why the other gaming companies are no concern; Xbox boss Phil Spencer probably had the biggest flex by saying Nintendo and Sony are "somewhat out of position" to keep competing, calling out Google and Amazon as its true competition going forward.

Furukawa also offered some insight into how much longer we should expect Switch to remain Nintendo's flagship console: "The Nintendo Switch business will soon enter its fourth year, and we believe it is just entering the middle of its life cycle," he said.

Switch came out early 2017, so if we're just entering the middle part of its life now, that means Nintendo probably plans to actively support Switch until at least 2023 or 2024. Wii production lasted for seven years, from 2006 to 2013, so that adds up (we'll skip the brief interlude that was Wii U). The successor to Switch will arrive about a year before Switch's lifecycle ends, if it keeps to Nintendo's usual trends.

All that said, Nintendo tends to keep handheld consoles around longer, and Switch is handheld too. The original DS went for nine years and 3DS is still selling, albeit with few new titles, in its ninth year. But as Nintendo's main system, Switch will probably skew closer to the home console side.

See what you could play next with our guide to upcoming Switch games.