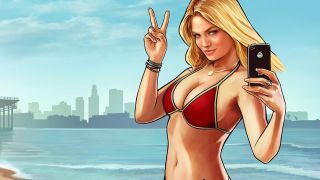 Lindsay Lohan's long running attempt to sue Rockstar for using her likeness in GTA 5 has finally been dismissed by a New York court.

Lohan had been trying to sue the developer over a character from the game called Andrea Bottino. The former Mean Girl stated that the character used her "image, portrait, voice, and likeness", as well as arguing she used similar phrases, and that facets of the character's fictionalised personal life mirrored her own.

The final ruling however has dismissed all the claims because the game falls under the realms of satire and fiction. The full decision's a long read but this is the key bit:

"Even if we accept plaintiffs' contentions that the video game depictions are close enough to be considered representations of the respective plaintiffs, plaintiffs' claims should be dismissed because this video game does not fall under the statutory definitions of "advertising" or "trade" (see Costanza at 255, citing Hampton v Guare , 195 AD2d 366, 366 [1st Dept 1993], lv denied 82 NY2d 659 [1993] [stating that "works of fiction and satire do not fall within the narrow scope of the statutory phrases advertising' and trade'"]; see generally Brown v Entertainment Merchants Assn. , 564 US 786, 790 [2011] ["(l)ike the protected books, plays, and movies that preceded them, video games communicate ideas . . ." and deserve First Amendment protection]). This video game's unique story, characters, dialogue, and environment, combined with the player's ability to choose how to proceed in the game, render it a work of fiction and satire".

It sounds a lot like the ruling is not stating that the claims of comparison aren't valid, but rather the format of the game, and the character's presentation within it, are protected by the first amendment.

Either way, it's over. Move along, nothing to see here.