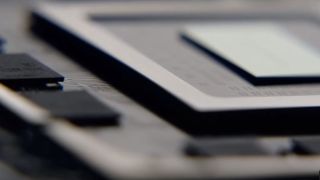 Fresh images of Microsoft's next-gen console, the Xbox Series X, have leaked, revealing a better look at the hardware's size, design, and series of ports located at the back.

It's unclear where the images have come from, but they show the Xbox Series X lying on its front and back, just over one month on from Microsoft's own official unveiling of the console at the Game Awards in December. Check them out below:

Interestingly, the leaked photos appear to confirm a previous Xbox Series X ports report stating that the system would feature two USB-A ports, ethernet port, a single HDMI Out port, optical audio, and the usual power port. All of those can indeed be seen in the images, in exactly the position originally identified by the report.

The removal of a HDMI In port, as GamesRadar's own Josh West argues, marks a major transition for Microsoft, positioning its next Xbox as a gaming system first and foremost after years of presenting its consoles as all-in-one entertainment hubs to be used in conjunction with everything else on the living room TV.

Granted, this latest peek at the Xbox Series X is hardly as exciting (or poetic) as its previous reveal, which saw philosopher Allen Watts narrate over a series of high fidelity vistas and icons, but it certainly confirms previously expectations surrounding the device's input features. Here's hoping Microsoft has more to say on the matter soon.