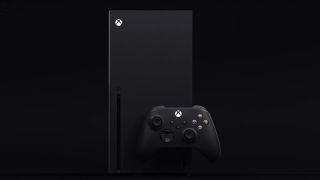 Has Microsoft finally learned from its past mistakes in the gaming space? With the next generation Xbox Series X positioned as the primary SKU to launch "Holiday 2020" against Sony's PS5, we're finally getting a clearer view of Xbox Game Studios' strategy for the coming transition.

We have an increasingly solid understanding of the Xbox Series X specs and what that will mean for developers, not to mention a grasp on the upcoming Xbox Series X games that can be anticipated to land in the launch window, headlined most notably by Halo Infinite. That isn't what has caught my attention, though. Instead, it's the ongoing speculation around the ports that are likely to be found on the back of the box that has made me realise that Microsoft really is shifting its focus with the Xbox Series X; a simple omission indicating that the platform-holder is ready to put video games back at the centre of its strategy.

Battle for Input One

When Microsoft announced the Xbox One back in 2013 it made plenty of mistakes – legendary enough is that reveal that there's no need for us to rehash them all here. But behind all of the noise, bluster, and debilitating entertainment-centric E3 conferences was a clear message: "All in one. Input One." A simple marketing hook that indicated Microsoft's ambition to rule the living room.

Microsoft wanted the Xbox One to be the conduit through which you control your entire television experience. It wanted to own the default input channel on your setup, using broad media integration and features to ensure that the easiest way for you to watch live TV, access your premium TV subscriptions,  rent movies, listen to music, and stream entertainment (oh, and maybe play games sometimes) would be through the Xbox One.

Your favourite shows could be coordinated and controlled through OneGuide, with live listings becoming an intrinsic component of the core UI as much as your Friends list, Groups, and Capture management. And so the Battle for Input One consumed much of the early years of the generation, a conflict it ultimately lost to the PS4. Compare "All in one. Input One" with Sony's "This is for the players" marketing tag, and you can understand why.

With Xbox One, Microsoft bet big on HDMI pass-through. The HDMI-In port (which is where you could slot in external devices and run them through the Xbox One) has been present alongside the HDMI-Out port across every iteration of the console. That includes the Xbox One S: All-Digital Edition and the Xbox One X, even as otherwise extraneous elements of the console – such as the disk drive and Kinect port – were removed from the various SKUs as a reflection of Microsoft's shifting priorities.

Many had expected this to continue into the next generation, with Microsoft still vying to control every element of your living room experience. The Xbox Series X is already threatening to "power your dreams", so why wouldn't it want to power your entertainment-habits too? It wouldn't have been a surprise to see Microsoft make a renewed push for you to feed your set-top boxes through the new system, ensuring it maintained a stranglehold over the way that you managed live, streamed, and downloaded entertainment. The latest Xbox Series X leak, however, has revealed that Microsoft is finally laying the HDMI-In port to rest.

The latest Xbox Series X ports report indicates that the new system will have two SuperSpeed USB-A ports, support for S/PDIF connection, an ethernet connection, and a single HDMI input. The decision to strip HDMI pass-through – and TV integration as a result –  out of the equation indicates that Microsoft is finally ready to abandon its dream of making the Xbox brand synonymous with an all-in-one media solution. Instead, the platform holder is ready to get back to its roots – putting power, performance, and core gaming experiences back at the centre of its larger strategy.

For as much as the Xbox Game Studios team has maintained that games are the focus for this generation, there's always been a little part of me waiting for the other shoe to drop. Entertainment and sports have become as much a part of the Xbox ecosystem as games over the decade, reflected in more than a handful of uncomfortable E3 and Gamescom presentations. With Microsoft making the commitment to abandon HDMI pass-through, as this report would suggest, it really does indicate the platform holder is taking no chances – putting all of its focus on its core demographic as it looks to wrestle some market share back from PlayStation.

Now, we just need to see how Xbox Series X brings all of the disparate promises together. We know that Xbox Game Studios has 14 development units working on first-party projects, and we need to see what each of them is working on. If presented one after the other, it should work to quickly dispel the long-running (and only somewhat incorrect) joke that the Xbox platform has no games.

We've seen Microsoft invest heavily in new player-centric services, such as Xbox Game Pass and Project xCloud. But can the former hold momentum and – perhaps more importantly – can the latter, Microsoft's impressive push into cloud-gaming, be seamlessly integrated with the new next-generation Xbox ecosystem? Xbox Series X backwards compatibility for games and accessories puts Microsoft in a strong position, as does the promise of continued support and expansion for cross-save and cross-play initiatives.

Ahead of the launch of Xbox Series X this year, significant investment has been made into putting games and a gaming-friendly ecosystem in place, at the centre of the message. For any of you out there that were worried this would be diluted down by Microsoft's unnecessary embrace of entertainment trends, the death of HDMI-input should hopefully ease some of that tension. The Xbox Series X is a console primarily designed to enhance play, allowing Xbox to get back to doing what it does best, exorcising once and for all the spectre of Don Mattrick's legacy from haunting it any further.