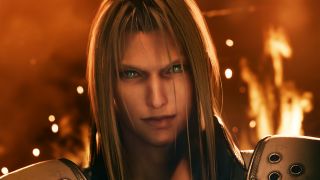 A new Final Fantasy 7 Remake trailer has dropped to celebrate the 23rd anniversary of the original JRPG, and it reveals so much more about what to expect from Square Enix's upcoming reimagining for the PS4.

Set to legendary composer Nobuo Uematsu's theme song 'Hollow', the trailer shows off tons of new gameplay, cinematics, characters, and recreations of key scenes from the iconic title, including Cloud in a Dress, Red XIII, and more. Check it out below.

Final Fantasy 7 Remake was recently delayed by a month earlier this year, following several datamined leaks of a PS4 demo that is still yet to be announced. Now Square Enix is revealing more about the game on its own terms, here's hoping we'll hear something about that upcoming trial in the next few weeks.

There's also still no word on a PC or Xbox One port of the remake, however, nor has Square Enix mentioned anything about the potential for a next-gen release for the upcoming PS5 and Xbox Series X, both launching later this year in the Holiday season.