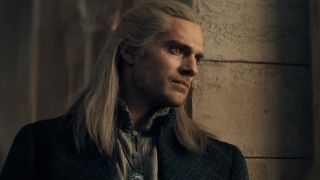 There's a new addition to the IMDB page for Netflix's The Witcher series - a credit for a young actor named Tristan Ruggeri, billed as Young Geralt of Rivia. The show, which is set to debut at the end of this year on Netflix, is based more on the fantasy novels by Polish author Andrzej Sapkowski, not the video game franchise produced by CD Projekt Red.

Pulling from the Sapkowski novels means we'll get more backstories for our favorite characters, and while the trailer teased a look at the sorceress Yennefer's origins, this casting move hints at a closer look at our protagonist Geralt's background. Geralt of Rivia is a Witcher, or a person who has undergone extensive emotional and physical training, along with some mysterious rituals, all to become a monster hunter for hire skilled in tracking, magical combat, and slaying a lot of creatures.

The baby Witcher news was spotted by Redanian Intelligence. Potential witchers are taken in as children and subjected to the intense training process, so this casting move likely means we'll see how Geralt of Rivia came to be the monster murdering White Wolf of legend (probably in episode 8, as that's when Ruggeri's credit pops up). If we're getting a glimpse into the Trial of the Grasses, emotionally prepare yourself, as it's some gnarly stuff - young Witchers ingest a bunch of alchemical ingredients known only as "the grasses" and endure immense pain, with only three out of ten surviving. The ones that make it acquire incredible speed, strength, and the cat-like eyes synonymous with being a Witcher (hence Henry Cavill's contacts).

This is Ruggeri's first acting role, and he joins a cast that includes Henry Cavill as big Geralt of Rivera, Freya Allen as Ciri, the princess of Cintra, Anya Chalotra as the sorceress Yennefer, and Jodhi May as Queen Calanthe.

Netflix still hasn't given us a release date for the first season of The Witcher, but we do know that it will be an eight-episode season and that it's still set to debut in late 2019.

Uncertain about the Geralt casting? See if this piece can convince you - the Witcher Netflix series showrunner on why Superman will make a great Geralt.