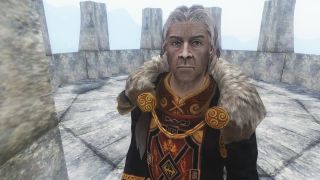 Skyrim or Oblivion? Oblivion or Skyrim? RPG fans have long been debating which is the better Elder Scrolls game of last generation. But what if the two could blend together into one, gorgeous looking action-adventure experience?

Not a crossover per say (though the idea of dragons soaring across Imperial City does sound appealing), but something potentially even better; a fully remastered Cyrodiil made in Skyrim’s own game engine. It’s called Skyblivion (Oblivyrim just isn’t quite as catchy, and sounds like something a doctor might prescribe you for the sniffles), and it’s currently under construction by a large network of modders led by the TESRenewal group, a community also responsible for the Morroblivion and Skywind remaster projects.

So long as you own both Skyrim (or Skyrim Special Edition), Oblivion, and all their respective DLCs on PC, Skyblivion will be completely free to any interested parties, despite the breathtaking amount of time and effort its taken for the development team to bring Cyrodiil back to life.

In short, Skyblivion is Oblivion remastered with the upgraded visual might of Skyrim, complete with all the quests, characters, and locations you remember from the original game, and is scheduled to release sometime later this year. Kyle Rebel is the PR and Development Lead on Skyblivion, and recently talked to me about how work is coming along, and why Cyrodiil was their choice of Elder Scrolls locations to bring back to life.

“Oblivion is my favorite game in the series”, says Rebel. “Unlike Morrowind's alien ashlands or Skyrim's cold mountains, Cyrodiil always felt warm, peaceful, and inviting. I guess I just really missed that feeling in Skyrim, so doing this was the next best thing.”

“Oblivion is such a great game but, due to outdated graphics and clunky mechanics, newer fans don't give it a shot. I’m hoping that, this way, new fans of the series will be able to see why we love Oblivion so much, and at the same time give old fans of the series a chance to re-experience Oblivion in a new and exciting way. The fact that another Elder Scrolls game isn't even in pre-development yet is also pretty motivating!”

Skyblivion began life as a small passion project back in 2013. It was two years after Skyrim first released and seven years after Oblivion, when no new Elder Scrolls games were on the horizon, and all signs pointed to Bethesda working on Fallout 4.

Rebel explains that these early efforts were “nothing more than an experiment by two software wizards who wanted to see how they could use tools to convert Oblivion to Skyrim”, but Skyblivion has since grown into a hugely anticipated PC game in and of itself, and one that hundreds of thousands of people are eager to get their hands on.

The first trailer for Skyblivion went viral, masses of modders signed up online to contribute to its development through the volunteer programme, and every new drip feed of information has since been covered by mainstream gaming outlets. Skyblivion is now a very big deal indeed, though Rebel admits that the core team never could have imagined this level of popularity when first starting out.

“I was expecting (or hoping) for some attention, truth be told, but not as much as we did”, he says. “Modding is not new, but Elder Scrolls projects have never been this big before. The team and myself are just happy to have such a big supportive community behind us, rooting for us until we cross the finish line.”

According to Rebel, that first trailer was the catalyst which rocketed the project out of obscurity and into the spotlight: “Without it, we would not be here.”

As with other remasters, Skyblivion won’t just update the visual fidelity of Oblivion, but the team is working to bring the mechanics of Bethesda’s 2006 RPG more in line with modern standards, as well as making various common sense tweaks wherever they’re needed, as Rebel explains.

“The goal for Skyblivion is to keep the world recognizable, but also improve it so it can compete with games like Skyrim, The Witcher 3, and other open world experiences in terms of detailed environments and level design.”

“A good example would be the different biomes across Cyrodiil. Areas like the Colovian Highlands, Jerall Mountains, and Blackwood in Oblivion weren’t very impressive, as the game didn't have real mountains but rather large hills with a rock every now and again."

"In Skyblivion, these areas have all been recreated in unique ways to set them apart from the rest of the map. Blackwood looks like a real swamp, the heartlands feel warmer, and the Jerall Mountains are much more hostile to anyone that isn't a Nord.”

Some would have you believe that Oblivion secretly remains the best Elder Scrolls game in the series’ rich history, but all of the good stuff is hidden within a mountain of ugly menus and UI obscurities. It’s here where Skyblivion looks to be making some of the biggest changes, though Rebel assures me that the team wants to make “the game feel as much like Oblivion as possible.”

“The UI for Skyblivion has been remade to look and feel similar to Oblivion, but also stay modern and minimalistic. Mechanics wise, we are working on a few gameplay enhancements such as quick casting, player classes, and spell crafting.”

It all sounds rather spectacular for a mod that’s not going to ask for a single cent of your cash, especially after Bethesda’s Creation Club programme made a push last year for modders to begin commodifying their creations in Elder Scrolls and Fallout games. According to Rebel, charging for Skyblivion was never on the table, and remains an important milestone for TESRenewal to this day.

The best Skyrim mods for PC, PS4, and Xbox One

“I just want as many people as possible to play our mod, and putting it behind a paywall will limit the amount of people who can end up playing it. On top of that, I have always felt that working on this project should be done out of love for the games, and not to make a quick buck.”

That commitment comes across as especially admirable when the project has been far from smooth sailing for the team, as Rebel can tell you: ”The hardest part is working with volunteers who can come and go when they please. Sometimes people leave without saying a word or they forget to send in their work and you are left trying to figure out who will be taking over the work of said person, which becomes very time consuming.”

“On top of that Bethesda has only released its Creation Kit, which is great, but not enough to build an entire game. We luckily have some talented tech wizards who created tools for the other areas of the project, such as proper creature implementation.”

But after all this time spent studying, rebuilding, and modernising Cyrodiil for a new age of RPG adventurers, Rebel’s thoughts on the idea of an official Oblivion remaster come across as surprisingly positive.

“Oh yeah, that would be great! At the end of the day, we are all volunteers working on this in our limited free time. Bethesda, on the other hand, would have the official tools and people to create something awesome.”

Bethesda itself hasn’t directly acknowledged Skyblivion for now, but who knows? Its inspiring ambition might have secretly given the studio a few ideas of its own...