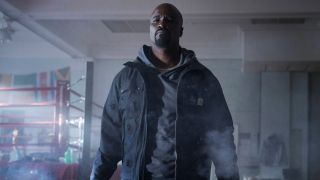 The wait is nearly over for fans of Marvel's Netflix universe, with Luke Cage set to drop all 13 episodes of season 1 in less than a month. Today brings us another tiny step closer to his first batch of adventures, courtesy of the series showrunner. While there's no new footage, we have something just as intriguing to scrutinise: episode titles.

Cheo Hodari Coker has been releasing the titles of each hour-long episode over the last several weeks, finally hitting 13 a couple of days ago. There's a reason the whole thing reads like a playlist; each episode is named after a song by Gang Starr. But what might this tell us about the show? They all seem to hint at Cage's time on the streets of Harlem, which we know will include some awesome fight sequences. Could be that's why suckas need bodyguards. Check out the full list below: