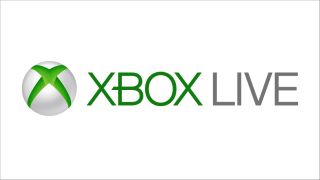 The November Xbox One update is one of the console's biggest this year, completely reworking the way you can choose your gamertag and bringing Xbox Action for Google Assistant. There's now also over a dozen new worldwide alphabets and a text filtration feature. Let's get into what all of that means.

The new approach to gamertags was announced at E3 this year and has now officially rolled out, and it's all about offering more choices. There are now 13 additional worldwide alphabets available for gamertag creation, including Cyrillic and CJK symbols for languages in Japan, China, and Korea. Plus, a new display option lets you choose any gamertag you want, regardless if it's taken by someone else. If you choose a gamertag that's already been snagged, Xbox will simply auto-assign a numerical ID suffix to your gamertag. Insert the Spider-Man pointing at himself meme here.

With the new gamertag feature, Xbox is also rolling out an update to People Search that will make it easier to find friends or recent teammates. Essentially, you'll be able to use partial or non-exact search times to help you find someone, or their numerical suffix if you're a numbers person.

As part of Xbox Live's efforts to promote responsible gaming, content filtration is now an option for Xbox One users. According to the official Xbox press release, "you can set your own specific level automated filtration so you can decide what's acceptable and what isn't in the text-based messages you receive across Xbox live." The filter levels are separated into four tiers: Friendly, Medium, Mature, and Unfiltered. As you can guess from their names, Unfiltered means you're rolling the text message dice, while Friendly automatically hides offensive language. This is a great addition to the Xbox Live experience, though I would be remiss if I didn't mention it won't prevent me from getting the occasional explicit voice message (I save them all, by the way).

If the option to make your gamertag whatever you want has sold you on getting an Xbox, why not check out our Xbox One X Black Friday deals?