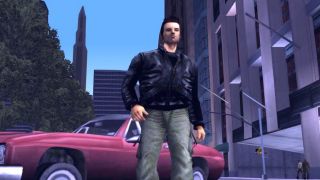 The world of video games got a little more famous this week, as the World Video Game Hall of Fame at the Strong Museum in Rochester, New York announced its 2016 inductees. It's a fairly… eclectic class, with titles ranging from good old, wholesome Sonic the Hedgehog and Space Invaders to more modern (and bloody) works like Grand Theft Auto 3.

This is the second year that the Hall of Fame has added titles to its list of games that have "significantly affected the video game industry, popular culture, and society in general." The full list now includes: Doom, Grand Theft Auto 3, The Legend of Zelda, Oregon Trail, Pac-Man, Pong, The Sims, Sonic the Hedgehog, Space Invaders, Super Mario Bros, Tetris, and World of Warcraft.

Elite, Final Fantasy, John Madden Football, Minecraft, Nürburgring, Pokemon Red and Green (which is what the first generation was called in Japan), Sid Meier’s Civilization, Street Fighter II, and Tomb Raider all lost out this year, but they'll get another shot in the years to come. Speaking of, anyone can submit a nomination, so why not give a shout out to your favorite games?