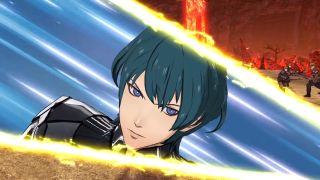 Fire Emblem: Three Houses, Nintendo's mishmash of classic tactical turn-based combat and a Hogwarts school simulator, is only a few weeks away. Like several recent Fire Emblem games on the 3DS, this entry in the serious will also feature an expansion pass.

Nintendo of America tweeted that both the standard version of the game and the version that includes the expansion pass were both available to pre-download on the eShop. The version with the pass is priced at $84.98 while the regular game is $59.99.

The expansion pass includes access to four separate waves of content released between release day July 26 and April, 2020. There will also be free content updates although we don't have any details about that yet.

"Get access to all four waves of DLC as they release, including the Officers Academy outfits for Byleth on Day 1," another tweet from Nitnendo of America read. "When your journey continues with the #FireEmblem: Three Houses – Expansion Pass!"

Previous Fire Emblem games have received similar expansion passes that have included new maps, new characters, and new side quests. Fire Emblem Echoes: Shadows of Valentia had five separate DLC packs totaling to more than $50. Different breakdowns of each content pack were also available for purchase, letting you pick and choose what you wanted to pick up. Perhaps we'll see something similar with Three Houses.