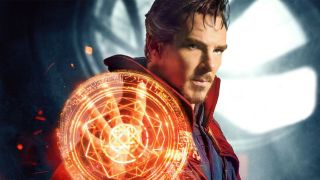 Sam Raimi is potentially returning to the Marvel fold after 13 years. The filmmaker – who helmed the original Spider-Man trilogy – is in talks to direct Marvel Phase 4 movie Doctor Strange in the Multiverse of Madness after Scott Derrickson, who directed the first Doctor Strange, left the project earlier this year. The new report also indicates that one key cast member from the original Sorcerer Supreme standalone isn’t returning.

Variety reports that Raimi is in talks to direct the Doctor Strange sequel, which begins filming in just a few months. If he signs on the dotted line, it will be Raimi’s first directorial effort since 2013’s Oz the Great and Powerful and the first for a Marvel property since 2007’s Spider-Man 3.

While it is believed that Benedict Wong and Chiwetel Ejiofor will be back as Wong and Mordo, respectively, Variety also claims that Rachel McAdams will “not reprise her role” as Christine Palmer from 2016's Doctor Strange.

Fans have been quick to jump on the news – with many latching on to a eerily-prescient Doctor Strange reference in Raimi’s Spider-Man 2.

In the scene, which you can see below, Tobey Maguire’s Peter Parker is busy brainstorming names for Otto Octavius with Daily Bugle editor (and new MCU character) J. Jonah Jameson. Doctor Octopus and Science Squid are both outright rejected. “Doctor Strange?” Parker asks. “Taken,” comes the reply from Jameson. It looks like someone has been using the Time Stone.

Coincidence? I think NOT. Sam Raimi foreshadowing his involvement in Doctor Strange 2 back in 2004’s Spider-Man 2. pic.twitter.com/p8WO2c51aSFebruary 6, 2020

Sam Raimi hasn’t yet been officially confirmed as the Doctor Strange director – but it’s not quite the Avengers: Infinity War-style 14 million-to-one shot it would’ve seemed only a month ago.

Make sense of the MCU with our complete Marvel timeline.