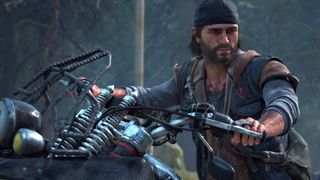 We still don't have any official word on Days Gone 2 or any other kind of sequel, but the game's studio director says his team is definitely are not done with that world. Chris Reese spoke to GR+'s own Alex Avard after Days Gone won The Golden Joystick's PlayStation Game of the Year for 2019, and Reese said that getting this recognition was a great encouragement to keep going with the Days Gone universe.

"Oh yeah, it is certainly a passion of ours, and that's what we've always wanted to do," Reese said. "This is a world that we want to keep breathing more life into, and explore many, many different avenues. So who knows, we'll see!"

A resume update from a Bend Studio employee indicates that the team has recently entered pre-production on a new game. There's no official word on what this game will be, but given the positive response to the first Days Gone and Reese's comments after receiving the award, a sequel seems quite likely.

Whatever direction the studio goes next, Reese said he was grateful to receive the recognition for Days Gone from fans, as the Golden Joysticks are voted on by the player community: "It's awesome, because there was so much dedication and hard work from the team, and this is kind of the final payoff for that. To see the players actually engage with the game and really enjoy the passion that we put into it, to see that come back, it's awe inspiring."

If Days Gone 2 really is coming, there's a good chance that it will be a PS5 exclusive. Sony has already showed off how the console's new approach to storage consoles will allow for faster loading and more fluid open-world gameplay, so tearing across a new stretch of the post-apocalyptic wasteland on a roaring motorcycle could be a great fit.

Haven't played Days Gone yet? Keep an eye on our PS4 Black Friday deals to see if you can grab it at a nice discount.