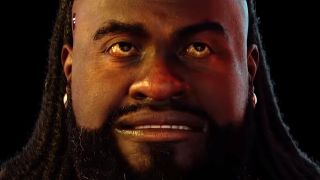 Cyberpunk 2077 multiplayer will take at least another two years from now to arrive, but it sounds like it's going to be huge when it finally does. I'm not just saying that because the single-player game just got delayed to September. Publisher CD Projekt followed up the delay announcement with a Q&A call with analysts and investors, and one participant helpfully asked what this change in plans could mean for the game's planned multiplayer component - specifically, if it would now arrive some time in 2021.

"In terms of multiplayer, one thing we need to make clear is the triple-A release we're working on in parallel with CP2077 is Cyberpunk multiplayer," said CD Projekt publishing head Michal Nowakowski. "So that's the first thing to say, and I think [president Adam Kicinski] was alluding to this, that things are going to be moving. Given the expected release of Cyberpunk 2077 in September, and frankly speaking the series of events which we expect to occur after that date, 2021 appears unlikely as a release date for the Cyberpunk multiplayer"

Don't expect to start a Night City motorcycle gang with your friends until 2022 at the earliest. To be fair, CD Projekt Red only officially confirmed that Cyberpunk 2077 would get some kind of multiplayer in September 2019. At that time, the studio made it clear that it would only bring out Cyberpunk 2077 multiplayer after it released several free updates and paid DLC expansions for the single-player campaign.

Whatever Cyberpunk 2077 multiplayer ends up being, it sounds like it's going to be big - big enough to count as a triple-A project of its own. Think less 'perfunctory deathmatch update' and more like GTA Online. At least that's the impression I'm getting so far.

Find something else to occupy your time with our guide to the best multiplayer games.