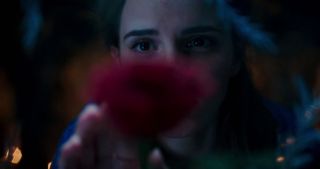 Disney have proven that they love themselves a live-action remake, and after recent hits Cinderella and The Jungle Book the next classic to get the treatment is Beauty and the Beast. Disney has released the first teaser today, and although it's light on footage it's sure to bring back some happy childhood memories.

Alan Menken scored the animated version of Beauty and the Beast back in 1991, and hearing the music from that prologue at the start of this trailer instantly made me feel nostalgic. Although the footage it was playing over here wasn't all that noteworthy, the tone of the teaser is suitably enchanting. One aspect which still might need a little more work are the French accents, which leaves a lot to be desired. For now though, this tease does just enough to pique my interest.