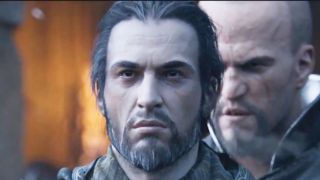 The site has also revealed a price of €50. Global economics and politics being the unruly beasts they are, it's not certain what this would translate to in terms of local currency, but we expect a £50/$60 price tag when the game launches.

Y'know, for someone who supposedly operates in the shadows, Ezio isn't doing a great job of hiding his latest project. The Ezio Collection has been leaked via a Korean ratings board and promotional images, and now Amazon. Specifically, the version of Amazon tied to his native country. How do you say "how appropriate" in Italian?