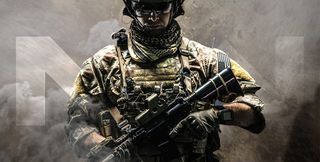 Gunfight 3v3 is coming to Call of Duty: Modern Warfare.

As detailed by developer Infinity Ward in a recent blog post, along with the Gunfight 1v1 playlist rolled out earlier this week, the team is also working on Gunfight 3v3, too.

"A little over a month ago, we kicked off Season One of Modern Warfare with new maps, modes, weapons, and Special Ops experiences, making it one of the biggest drops to come to Call of Duty," stated an update by Infinity Wards' community team (thanks, VG24/7). "The responses we’ve seen from the community have been absolutely incredible and we genuinely can’t thank you all enough for playing and for being this journey with us. Now that we’re fresh into 2020, we want to update you on a few things we’re working on…"

That's not all, either; we also have more additional loadout slots coming – although quite how many "more" precisely is remains to be seen – as well as more 2XP, 2X Weapon XP, and 2X Tier events, plus a new Gunfight Tournament is in the works. The developer has also shared a Trello board it's using to track some of the "community issues" it's acknowledged to date.

"You all are great at keeping us updated with features you’d like to see, modes you want to play, bugs you encounter, and overall feedback," the team added. "With that, we want to keep you as up to date as possible, so starting today we’ll be using this nifty Trello board to show you issues we’re tracking, provide support, and even give a sneak peek at things that are coming up. It’s not everything we’re working on, but it’s an awesome way to see what’s on our radar and some of the community issues we’ve acknowledged."

Infinity Ward recently revealed it's bringing a new game mode to Call of Duty: Modern Warfare, but it's not new to the franchise. As detailed by Jordan a little while back, first introduced with 2013's Call of Duty: Ghost, Grind is like a hybrid of Kill Confirmed and Hardpoint, tasking you with collecting dog tags from your fallen foes and bringing them to changing locations to secure points.

Just like Kill Confirmed, Grind also gives you the chance to collect your teammates' dog tags before your opponents can turn them in. You can collect as many dog tags as you want, but doing so puts you at risk of being killed in transit, causing you to drop the tags for the enemy team to collect.

Is this the news you've been waiting for? Better check out our Call of Duty: Modern Warfare tips before jumping into the fray.