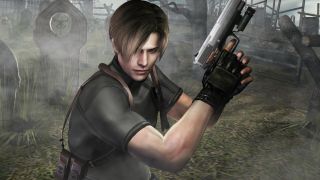 If you play games long enough, you start to notice a lot of similarities. "Hey, these games sure have a lot of chest-high walls." "Wow, there sure are lots of games with zombies." And so on. One thing you'll also begin to notice is how many video game characters share the same name - and how similar these characters can be, despite being in completely different games.

The thing about names is, many of them have definitions rooted in ancient languages and religious context - and many storytellers use these names to provide some not-so-subtle symbolic context for the narrative. I've gone through eight incredibly common names in video gaming, examined their definitions, and attempted to determine whether or not each character lives up to their namesake - or whether the developers just picked it because it sounded cool.

The Japanese word "ry" has two meanings: either "dragon" or "school" (often used in conjunction with martial arts styles). Considering many video game characters named "Ryu" are masters of some kind of fighting style, it's usually an apt description.

Ryu Hayabusa (Ninja Gaiden)
This super ninja's name translates to both dragon and peregrine falcon - understandable, since he strikes with the ferocity of a dragon and the grace of bird.

Ryu (Street Fighter)
Street Fighter's Ryu is a master martial artist and extremely powerful to boot, so Ryu is a perfect name for a guy who shoots fireballs out of his hands.

Ryu (Breath of Fire)
The main character's name in every Breath of Fire game is always named Ryu - which makes sense, as he's able to actually transform into a dragon. Hell, he's probably the most accurately named of the bunch.

Nathan is a name of Jewish origin meaning "God will give" or "God has given," and was also a prophet in the Biblical Old Testament. Whether this name has any significance with the names of the characters who use them - well, you might be surprised.

Nathan Copeland (No More Heroes 2)
Ranked 50th in the United Assassins Association, Nathan Copeland is the president of an underground hip-hop label and the founder of a religious group that spreads the gospel through rap music. He's even got a brass knuckle that says "I Heart God" on it. So yeah, the name fits pretty well.

Nathan Drake (Uncharted)
While Nathan Drake has assuredly dealt with religious artifacts and texts, he spends most of his time blowing them up. You know, considering all the people he has offed over the years, maybe Nathan isn't the best fit. Besides, it's the legacy of his last name that defines his entire personal quest for discovery.

Nathan Hale (Resistance)
The soldier responsible for saving Britain from the Chimera may not have any religious connection to his first name, but he bears the same name as a spy during the Revolutionary War that was captured and hanged for treason against the British. Before he was executed, Hale declared, "I only regret that I have but one live to give for my country." Luckily, Resistance is a video game, so this Nathan's got loads of 'em.

Derived from the Old English words for "ash," and "meadow" or "forest," Ashley was primarily a boy's name until the late 20th century - it wasn't until the 1980s soap opera The Young and the Restless that it became a hugely popular girl's name. Never underestimate the power of daytime television.

Ashley Graham (Resident Evil 4)
Being the presidents daughter is hard work - especially when a group of crazy fanatics hellbent on infecting the planet decide to kidnap you. Constantly getting snagged by the Las Plagas, Ashley is about as effective in combat as an ashen tree, so the name fits. Plus, Resident Evil 4 is filled with dead trees.

Ashley Williams (Mass Effect)
With a decorated military career and a secret love of Tennyson (of the Alfred, Lord variety), this Ashley is a tough as nails officer who serves under Commander Shepard (and is just a little space racist). Her personality does come off as a bit one-dimensional and wooden, much like a tree.

Ashley Riot (Vagrant Story)
One of the few men in games named Ashley, Mr. Riot is a member of the Valendia Knights of the Peace. As one of their elite Riskbreakers, hes tasked with deathly missions filled with political intrigue, cult members, and backstabbing, and enjoys color-coordinating with a lot of brown, earthen tones.

Kasumi is a feminine Japanese name that means "mist" in English. Like Ryu, most female video game characters named Kasumi happen to be some kind of ninja or have ninja-like qualities. Fun fact: Pokmon's Misty is in fact named - you guessed it - Kasumi in the Japanese version.

Kasumi Todoh (King of Fighters)
Kasumi's father was an aikido and kobujutsu expert, and has taught her everything he knows. When her father gets killed, she decides to join the King of Fighters tournament to get vengeance - and she'll beat up on everyone who stands in her way.

Kasumi (Dead or Alive)
The protagonist of the Dead or Alive series, Kasumi is famous for her ninjutsu ability and her, erm, ample skill. She leaves her clan to seek vengeance against the man responsible for putting her master in a coma, and enters the Dead or Alive tournament to do so. Seriously, what is with all the vengeance-related martial arts tournament entries?

Kasumi Goto (Mass Effect)
As a master thief, Kasumi requests the help of Commander Shepard in order to steal some important data from a master criminal. She's a master of stealth, espionage, observation, eavesdropping, and pulling off the whole skin-tight suit with a hood look.

Leon is a name of Greek origin, and it (unsurprisingly) means "lion." Famous Leons in history include Leon of Sparta, a 5th Century BCE king, and Leonidas, his grandson, and star of the movie 300. Leon is a powerful name, denoting strength and courage - or a complete inability to share one's emotions.

Leon (Dead or Alive)
The Leon of Dead or Alive fame is a mercenary who enters the Dead or Alive tournament to fulfill the dying request of the love of his life. Hes a hulking brute of a dude, specializing in close quarters combat, with a strength and ferocity to match even the harshest of his opponents.

Leon S. Kennedy (Resident Evil 2)
Leon S. Kennedy is probably the unluckiest man alive, as the dead decide to rise from their grave on the first day of Leons stint as a police officer. It takes the might of a lion (and a hell of a lot of guyliner) to survive a zombie outbreak, and Leon does that several times over.

Squall Leonhart (or Leon) (Final Fantasy 8/Kingdom Hearts)
For a guy who goes to probably the coolest boarding school in the world, Squall Leonhart sure does brood a lot. Still, hes an incredibly versatile fighter (even if he's got a ridiculous sword with a gun on it), and hes got a sweet lion chain necklace to match his name.

Raiden is the Japanese word for thunder and lightning. It's also an appropriate name for one of Japan's World War 2 fighter jets, and it's even another spelling of Raijin, or the Japanese god of thunder.

Raiden (Mortal Kombat)
As the guardian of Earthrealm, Lord Raiden is a mega-powerful thunder god who guides Mortal Kombat's protagonists and aids them in their quest to defeat the evil of Shao Kahn. Just make sure you pronounce it "rye-den" and not "ray-den" like the movie did.

Adam is a name filled with biblical symbolism. Generally, it's a Hebrew word that means "human," but can be used to symbolize all of mankind, or even the creation of mankind. Many times, when a character is named Adam, there's some deeper meaning hidden beneath the surface.

Adam Jensen (Deus Ex: Human Revolution)
Probably the most symbolic of the Adams on this list, Adam Jensen sustains fatal injuries at the beginning of Deus Ex: Human Revolution, and goes through substantial cybernetic augmentation - so much so, that he's almost more machine than man. He represents the dawn of a new age of human evolution - and the name Adam is a perfect fit.

Adam Fenix (Gears of War)
Father of Marcus Fenix, Adam spent his career as a scientist researching ways to defeat the Locust menace. At the end of Gears of War 3, he does just that - saving humanity in the process.

The name Shepherd (also spelled Shepard or Sheppard or) means exactly what you think it does: a person who herds sheep. The name can be symbolic, as it can also represent the leader of a group (or "flock") or people.

Commander Shepard (Mass Effect)
The hero of Mass Effect is not only the commander of the crew of the spaceship Normandy, he is ostensibly the savior of not just humankind, but all the races of the Galaxy. With a name like Shepard, they might as well have called him Captain Hero.

General Shepherd (Call of Duty: Modern Warfare 2)
This is an interesting one - General Shepherd is your ally for most of Call of Duty: Modern Warfare 2, until he betrays your squad and kills your buddy Ghost near the end of the game. He's positioning himself as a war hero and wants to be the one to take down the game's other villain Makarov - and he's being a real ass about it.

Adam Shepherd (Silent Hill: Homecoming)
Kind of a double whammy here. Adam Shepherd was a former military colonel, and sheriff in Shepherd's Glen - and he has a secret connection to a cult within the city of Silent Hill. Not wanting to send his children to be slaughtered for the cult's ritual sacrifices, he decides to confront them, thus setting the plot of Silent Hill: Homecoming in motion.