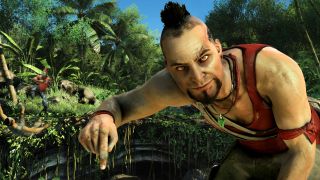 How do you measure good without evil? Every heroic protagonist needs an antagonist to make their journey compelling, and games are no exception. A corrupt, charismatic villain can be the engine that moves a story forward, always egging you on to fight further and further in pursuit of a climactic confrontation. You may even grow to love your nemesis as much as the player character, desperate to witness whatever biting taunt, imposing threat, or loathsome act of violence they've plotted next. Our picks of the best villains in video games will all leave an indelible mark on you - and if your favorite foe isn't here, take to the comments and let us know just how evil our exclusion really is. To see the protagonists who keep all these villains in check, hop over to our list of the best heroes in video games.

30. Dormin (Shadow of the Colossus)

A disembodied voice that simultaneously speaks in a male and female voice? A house that's actually a great big temple full of scary statues? The power to reverse death? Dormin is an immensely creepy villain, not that you realize it at first. If only you'd thought about it, the evil would be plain to see. Why would anyone nice insist that you kill a bunch of colossi first? Two words: Ulterior motive. And one that you just don't see until its way too late.

Mankind has always had a strange relationship with darkness. On the one hand, it's great for sleeping. On the other, vampires. Like a bully who just won't go away, Dracula keeps coming back to pick on humanity century after century (except, you know, his bullying involves murder, the drinking of blood, etc.). He'll make you work for your revenge, too - that castle of his is full of devious traps and bloodthirsty monsters that'll kill you in seconds. Dracula's the true embodiment of things that go bump in the night, and he's damn near impossible to kill. And if you attempt (and fail), he may subject you to a fate worse than death: eternal undeath.

Mad scientists are pretty standard fare, but Dr. Wily brings a certain flair to his evil schemes. He builds or repurposes armies of robots, installs elite bosses into each base, and still finds time to construct a multi-leveled lair and his own super-powered vehicle. No matter how many times Mega Man destroys Wily's machines (and their boss rush backups), the bad doctor soon returns with even fancier creations. He also built Zero, a hyper-advanced android that rivals future Mega Man models, cementing his legacy as one as one of the top evil geniuses of 20XX and beyond.

The glorious 2016 reboot of id's legendary FPS opted for an clever foil to the Doom Slayer (that's you) in the form of Olivia Pierce, the antithesis of everything the player represents. Every minute of Doom's gameplay embodies your brute strength, raw rage, and a seething hatred for all things Hellspawn - yet Olivia is a gaunt, soft-spoken intellectual who believes demons are the key to unlimited power. Like Doom 3's Dr. Betruger, she mistakenly assumes that opening a rift into Hell and making deals with devils can end well. Her fatal miscalculation results in her body becoming a vessel for the final boss, a fitting return for one of the series' most iconic enemies: a souped-up Spider Mastermind, complete with grotesque legs and gigantic, exposed brain.

What we have here is the classic "chosen one turned intergalactic threat to all life." Kerrigan, betrayed by her own people and left to die, becomes the corrupted leader of the hive-minded Zerg, with tentacle dreadlocks, boney wings, and a near-limitless army at her disposal. And she's out for revenge in the way only the leader of a massive army could be: with war and total annihilation on her mind. Kerrigan may ultimately flip back and forth between the sides of good and evil across StarCraft's long saga, but everything she does has an imposing regality befitting the Queen of Blades.

On the surface, Ghaul might not appear terribly interesting. He’s a hulking alien space marine dressed in armor made out of cars, and he takes a straightforward, brute-force approach to wrecking everything. But dig a little deeper, and you’ll find a lot more. You’ll find a blind, misdirected rage spinning out of almost childlike jealousy. You’ll find a broken world-view, fueled by crippling insecurity and a suffocating sense of unfairness. You’ll find a villain who’s very much the hero of his own story; a focused, disciplined conqueror who thinks he’s doing the right thing for his own people, with motivations utterly skewed by a lifetime of resentment. And you’ll also find that he was manipulated into all of this, his entire life engineered in this direction from birth, for the intended benefit of others. This being Destiny, it’ll help if you explore the background lore a bit - but when you finally see the full picture, you’ll find that Ghaul’s way more compelling than you first thought.

She may not be the true Big Bad of The Wolf Among Us, but Fables' Bloody Mary is a brilliant take on the haunting folk tale. With her cool, snide demeanor and the raw strength to break Bigsby's bones, Mary is the muscle that keeps the Crooked Man in power. She's a true sadist, drawing out fights to inflict as much pain as possible, and has the uncanny ability to teleport through any reflective surface (just like you imagined in grade school). Mary's true form is also terrifying to behold, with her shark-like teeth, blood seeping from her eyes, and shards of mirror piercing her flesh all over. If you see Bloody Mary in your reflection, you're not long for this world.

It's trivially easy to draw lines between the Illusive Man's 'human first' beliefs and reactionary 'Your-Nation-Here first' politics, so let's skip that. The Illusive Man's a good villain because he's one of those exceedingly rare bad guys who doesn't underestimate the forces of good. The Illusive Man knows exactly what Shepard can do, which is why he goes through all the effort of resurrecting the commander's burnt-up, frozen corpse. The Illusive Man knows there's a decent chance that Shepard will turn against him, but he also knows that's just a risk he has to take if his greater plans are ever to succeed. The ending of Mass Effect 3 squanders much of the character's complexity by revealing him to be another power-hungry, Reaper-indoctrinated mook, but at least Martin Sheen's vocal performance remains strong throughout.

There are plenty of bad guys in the Mortal Kombat games, but the Emperor of Outworld, Shao Kahn, takes the wickedness cake. He's so malevolent that he doesn't just march his armies over the worlds he wants to enslave - he plays games with them first. He taunts humanity, saying if mankind can win his fight-to-the-death martial arts tournament, he'll leave Earthrealm alone (alas, that has never happened in the history of ever). If, by some miracle, a fighter defeats all of the Emperor's minions, he must then fight Shao Kahn himself. Between his massive hammer that materializes from nowhere and his incessant shoulder bashing, he can be quite the real-life rage-inducer. It's no wonder that nary a single realm has ever won his tournament.

LeChuck is the most ruthless and feared pirate in all of the Caribbean, and rightfully so. Not only is he a dead man who still manages to terrorize the waters he sails on, but he likes to torture and murder entire crews and force them into slave labor. Every living pirate is scared ragged of LeChuck, and scurries into hiding when they know he's roaming the waters. He takes on various forms in the Monkey Island series, but two things seem to be consistent: His lust for power, and his obsession with Elaine Marley. Clearly, LeChuck can't take a hint, as Elaine always gets away (with or without the help of Guybrush Threepwood) from his devious plans to marry her. Either way, LeChuck is one scary demon/zombie/ghost pirate and should be avoided at all costs.