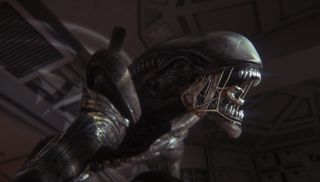 Boss Key Productions, the now-defunct studio formerly led by Cliff Bleszinski, was once in talks to create a new first-person shooter set in the Alien universe, but it got shelved after Disney’s buyout of Fox.

Cliffy B revealed on Twitter that Fox and Boss Key were looking to make a new entry in the up-and-down history of Alien games, and it would even feature a still-alive Ripley and an adult Newt in a story that would ignore anything after Aliens, the first of many sequels and spinoffs for the series.

“Funfact: Before BKP shut down we were in talks to do a new game in the Aliens franchise with Fox. Then Disney bought them and that got lost in the shuffle, darnit.” Bleszinski said. “Ripley would be alive and be your "Cortana/Anya." You'd play as grown Newt. On Earth. Weyland-Yutani are weaponizing the aliens in a Black Mesa style facility and, of course, all hell breaks loose. Your robotic pal i.e. Bishop? A new one named "Casey" after her doll in Aliens.”

He went on to say he never wanted to work on anyone else’s IP while making games, but that he long maintained two exceptions: Alien and Transformers. These days, he says he’s done making games no matter where an idea may come from. Given his suggestion that the Alien FPS got backburnered after Disney’s buyout of Fox and then his studio closed down, it’s tough to know whether a new studio has had similar talks to produce the game or something like it.

Fans continue to clamor for a new game in the vein of Alien Isolation, but its developer, Creative Assembly, has reverted back to its roots to work almost exclusively on strategy titles. On the brightside, the cult classic horror title did recently come to Nintendo Switch.

The winding road of history is littered with canceled Alien projects, like this one.