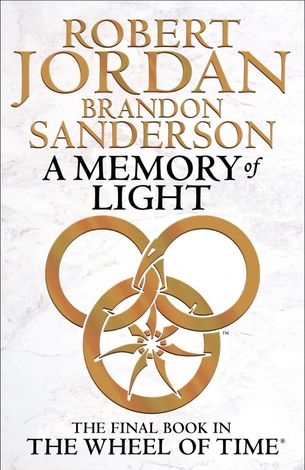 A Memory Of Light book review: The Wheel Of Time finally stops turning.

For over 20 years, fans of Robert Jordan’s Wheel Of Time saga have known how the story of Rand al’Thor ends. It ends with his blood staining the rocks of Shayol Ghul, where the Last Battle is fought between the forces of Light and Darkness. The epic 14-book series has been inching towards this point, and A Memory Of Light is a fitting finale. Even though you know what’s coming, the devil is in the detail, in the twist and counter twist. Who lives? Who dies?

This mammoth book is all about war. The fighting is brutal and relentless. Kandor and Caemlyn burn, the Forsaken reveal themselves, while great armies struggle to hold their lines against endless hordes of filthy Shadowspawn. Chapter 37, called the Last Battle, sweeps through 190 bloody pages, as the stories of Rand, Mat, Perrin, Egwene, Aviendha, Faile, Lan, Logain and a hundred smaller characters dramatically play out.

Brandon Sanderson writes with a fluidity (and an urgency) that often eluded Jordan, and this final volume is light on verbosity, heavy with action. Perhaps too much action. So many Trollocs have charged by the time the Last Battle rolls around, that it doesn’t feel as joyously, eye-wideningly epic as you hoped it would be. There’s a Return Of The Jedi vibe here too, specifically that bit where Luke Skywalker battles the Emperor while the rebel fleet fights valiantly in the distance.

Yes, it’s overlong and the epilogue might be awkward, but A Memory Of Light remains enthralling, thrilling and ultimately satisfying. It’s with a mixture of relief and sadness that we finally put the brakes on The Wheel Of Time.