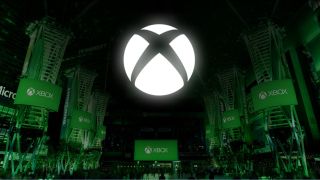 Could the biggest surprise of E3 2019 be a collaboration between Microsoft and Nintendo? A few too many coincidences are beginning to pile up, and a few signs are pointing towards Nintendo taking to the stage at Microsoft's Xbox E3 2019 conference to announce… something.

A few eyebrows were raised when the official Xbox account tweeted out a branded E3 2019 schedule (in the Xbox green, obviously) along with the following text: "Here’s where you need to be for #XboxE3."

Take a close look at it. No, no, a little closer. Yep! That's right: Microsoft is pointing people towards the Nintendo Briefing on Tuesday morning. Now, sure, it also mentions the likes of Bethesda, Devolver, and Ubisoft. But those publishers make games for Xbox One and will, presumably, have titles to announce for the next-gen Xbox Project Scarlett. Nintendo, on the other hand, does not publish games on Xbox.

But Xbox does publish games on Switch. Well, it has done once. Cuphead for Switch launched earlier this year, and showed the beginnings of a beautiful partnership, one I believe will be fully realized at E3. Need more evidence? We also have Jeux Video reporting from the show that Nintendo legend and Mario architect  Shigeru Miyamoto will appear on stage at the Xbox Briefing. If that isn't enough, Game Awards host and creator Geoff Keighley tweeted the following earlier today:

"I hope this year's #e3 is an extension of the message we sent to kick off @thegameawards last year - we're all better and stronger when we come together to celebrate games. It's not about the platforms, it's about the content. And getting games to more people in more places."

With all that evidence, I'm going to make a wild guess that Xbox Game Pass - Switch Edition is going to get announced. That, or Nintendo will be one of the first external partners to really jump on board with the Project X Cloud initiative, which gives you the chance to stream your Xbox games from the cloud onto any device with a screen. You know, like a tablet, an iPhone… or a Nintendo Switch?