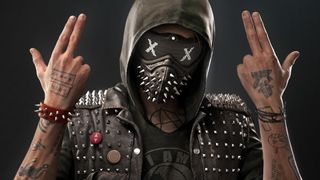 Patches aren't usually the most exciting thing to happen to a video game. But Watch Dogs 2 players have been encouraged to replay the game's final mission thanks to the addition of a new ending cutscene, freshly added in a recent update. And the more eagle-eyed fans have already found a potential tease for Watch Dogs 3 hiding within it.

Notice the numbers above the spectograph? Well, turns out they're coordinates. And as DanniBee points out on Reddit, they lead to a place called the Chip Shop, located in London. Here's an image of the store:

Players are currently trying to decode what this means. Is the Chip Shop a front or part of an augmented reality game, or just an innocent shop? Will Watch Dogs 3 be set in London, or is this teasing something smaller, like DLC? The conspiracy theories are flying - which is likely just what Ubisoft wants.

What do you think? See any clues or anything peculiar in the video or photo? Let us know what you spot.