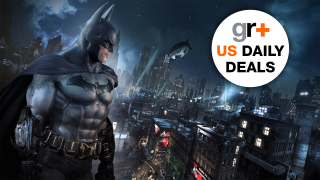 Who says you can't get a 4K/HDR TV for under $500? In today's batch of deals we're giving you the most affordable and comprehensive entrance to the world of 4K entertainment yet. And we have a nice family bundle deal with a couple of extra titles and some slick savings on Deus Ex: Mankind Divided's Collectors' Edition.

Check out the deals below and join us again tomorrow for a fresh selection.

It's getting more and more common to see 4K TVs dip below the budget-friendly $500 mark, but they rarely include HDR support, which you'll need to get all the benefits of a PS4 Pro or Xbox One S. That's why this Newegg sale is particularly nice, slashing $250 off the price of a 55" 4K/HDR LED TV from LG. Grab a new console to go with it and you could be enjoying 4K video for comfortably under $1,000.

Rocket League Collector's Edition for PS4 and Xbox One now $19.99 at Best Buy