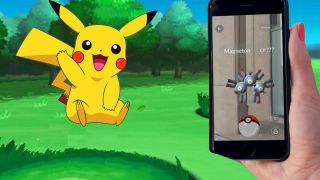 It's still got people spending more time on it than Facebook but Pokemon Go is having a few problems. If you'd noticed that it's now significantly harder to keep Pokemon in their Pokeballs, don't worry, you're not getting worse. It's a bug and Niantic is "working on a fix." The below tweet was sent out last night so let's hope it's a speedy update.

Trainers, a new bug affecting throw accuracy increases the odds of escape and omits the XP bonus. We are working on a fix, stay tuned...August 4, 2016

Pokemon Go's already made more than $160 million in microtransactions but the last couple of weeks have been hard - Niantic removed the tracking feature in its latest update which makes life significantly more difficult if you don't just want to wade around in a random sea of Pidgeys and Ratatas. We found in a poll that 94% of you thought that the tracker was key to the whole experience and I'm hoping Niantic is working on a fix for that too.