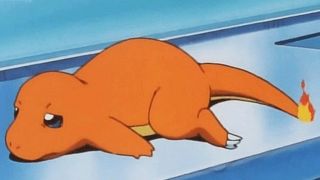 Well worse-ish. On the one hand it seems far more stable - I had huge problems before the update just running the app, now it hasn't crashed once. But, on the other, poké-tracking is now just completely gone, as is the battery saving mode.

The three-step bug was an issue that meant the 'nearby' section of the game permanently showed three paw prints instead of changing as you got nearer or farther. That made it impossible to track and find Pokémon, a fairly crucial part of the game. The update fix has removed the footprints altogether.

You can see the mention of "Removed footprints of nearby Pokémon" up there. So, not as much a fix as a slightly different type of exactly the same broken.

There's also the mysterious and unmentioned removal of the battery saving mode. That used to limit Pokémon Go to only running when the app was maximised and shutting down when it wasn't. Given the game's huge power drain it seems an odd removal, especially with no mention or explanation. That said, the battery life does seem a little better although it's too early for me to say conclusively.

Realistically, as updates go, this hasn't really achieved much. For me the game is much more stable but otherwise it feels more like a step backwards, consolidating broken features and removing others.

How do you guys feel about it? Are the issues starting to kill the fun for you yet?