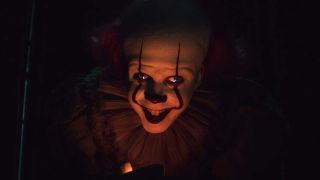 The movie adaptation of Stephen King's classic horror novel IT was a smash hit in 2017, delivering over $700 million at the box office. In this sequel the story continues as the "Losers Club" kids, now all grown up (and played by the likes of Jessica Chastain and James McAvoy) reconvene in Derry to fight Pennywise, the evil entity in the form of a sinister clown, one more time.

IT Chapter Two is available to buy as a digital download now, and on 4K, Blu-ray and DVD formats from 13 January. Bonus features on the two-disc Blu-ray include insightful commentary by director Andy Muschietti, lengthy two-part documentary "The Summers Of IT" (75 minutes), featurettes on casting the adult Losers and Pennywise's monstrous transformations, and an interview with Stephen King.

Thanks to Warner Bros Home Entertainment we have five Blu-ray copies to give away. To put your name in the hat for the chance to win one, simply answer the question below.