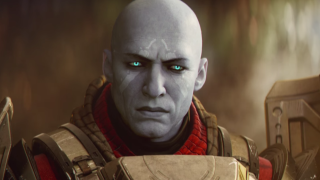 Bungie has released the official Destiny 2 reveal trailer, and it's every bit as explosive (and funny) as any Guardian could want. Time to rally the troops. Take it away, Zavala and Cayde.

According to a related press release, the first look at Destiny 2 gameplay will come via livestream on May 18. And while the trailer doesn't specify which platforms the game will come out on, the release specifies Destiny 2 is coming to PS4, Xbox One, and PC on September 8.

Now, what can we take away from this first trailer? Here's what our quick-n-dirty analysis has come up with:

Alien dogs could change the flow of combat

Melee has been getting more and more emphasis as Destiny ages on, and these dog-like creatures could signal Bungie creating new enemies which are specifically designed to get players to switch to punches over guns.

There's an in-lore reason for the inventory wipe

We were wondering how Destiny 2 was going to justify Guardians starting over from square one - assuming that Bungie wouldn't let the ridiculously strong players of today carry their gear over to the sequel. But now we know: your stuff got blown up when the City was attacked. Makes sense, and Cayde is clearly upset about it.

There's a good blend of laughs mixed with seriousness

Bungie has always tried to blend a sense of humor into its narratives. Vanilla Destiny maybe leaned a bit too far toward stone-faced seriousness, but if the tone of this trailer is anything to go by, we'll fight to save our home and have some chuckles along the way.

The City is a legit place now

Up til now, the Last City has only been glimpsed from the high-rise of the Tower. Guardians knew it was there, obviously, but it never really felt like a real place. With this attack and the goal of reclaiming it, the City now feels like a proper chance to see how civilization has changed in Destiny's vision of the future.

I think his name is Gary? But seriously, it's about time the Cabal took a proper swing at us, and this Red Legion looks intimidating. It's hard to top Oryx, AKA Space Satan, but hopefully Gall (Gahl? Gaaaul? Not sure on spelling) will be a formidable foe.