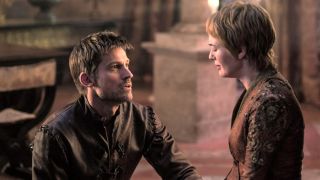 Myrcella Lannister was almost the forgotten Lannister in Game of Thrones in a lot of ways. Joffrey was more irritating, Cersei more evil, Tommen more whiny and Jaime more golden hand-y but her demise was almost poetic, in its own weird Thrones way.

The death, which saw secret-father Jaime accompany Myrcella back across the Narrow Sea from Dorne to King’s Landing before she succumbed to Ellaria Sand’s poison, was bad enough. It was very nearly much, much worse, as actress Nell Tiger Free revealed (via Watchers on the Wall).

The 9 Most Satisfying Deaths on Game of Thrones

At last month’s MCM London Comic Con, Tiger Free spilled the beans (or should that be brains?) on the nixed gruesome end for the middle Lannister child: “Originally, they gave me loads of mashed-up bananas, mixed with fake blood and my brains were supposed to be all over the ship and stuff.”

And who said Game of Thrones wasn’t brainy enough? Unfortunately for gore-lovers everywhere, the scene was cut “because they wanted Myrcella’s death to reflect her life and wanted it to be sweet – which is rare for Thrones”

So, to recap: a girl was poisoned and died in front of her father – who had no idea he was her daddy – and that’s somehow the sweeter of the two possible scenes. D’aww.