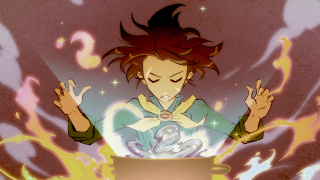 PAX East 2017 felt like a natural extension of the year 2017 as a whole: there were too many good games to properly digest them all. From major titles like Nintendo’s next big first-party game to stellar indie games from rising publishers like Adult Swim Games, PAX East was rife with excellent games coming to PS4, Xbox One, Nintendo Switch and even some promising goodies on PS Vita and Nintendo 3DS. Here’s what we learned about at the show.

Mario Kart 8 Deluxe is the next essential Nintendo Switch game

Mario Kart 8 is number one on our list of the best Mario Kart games ever made. Even with Zelda: Breath of the Wild and Super Smash Bros. for Wii U, it is still arguably the best Wii U game. Here’s the thing, though: Mario Kart 8 Deluxe for Nintendo Switch is even better. The entirely new Battle Mode, with its mix of old and new game types like the hilarious cops-vs-robbers Renegades, elevates what was an already near perfect game. What made the PAX East demo of Deluxe so special, though, was realizing how seamless it makes multiplayer. Racing with just half a Joy-Con doesn’t feel cramped or awkward; it feels just right, which surprised me to no end. That means that as long as you have the game and a Switch, you’re ready for a two player match any time, anywhere. If you have 12 players, though, you can do that too! Mario Kart 8 Deluxe lets you do 12 player LAN matches, 8 player local wireless, 4-player splitscreen on TV or right on the Switch screen, and pretty much any variation you could ask for. It is the physical substantiation of the multiplayer parties Nintendo promised in the very first Switch trailer. - Anthony John Agnello

If, like me, you are an impatient jerk who just wants the standalone Gwent game already and can’t understand what’s taking so long, you would’ve done well to attend the panel about animating Gwent cards. The process of bringing a premium Gwent card to life takes 30 work days - yep, an entire month - as it travels from initial sketch, to coloring, to cleanup, to rigging, sounds effects (yes, these cards have full audio), and final approval. What we players see is a gorgeous looping animation where waves crash against rocks, giant creatures blink all-seeing eyes, and cat ladies (by which I mean ladies who love cats, not ladies with tails) open portals to other realms. The artists and animators of CD Projekt are clearly giving Gwent as much love and attention as they would a full-on Witcher game, and we’ll just have to wait a while longer for them to be done. - Susan Arendt

Surreal and vague as it often is, I walked away completely satisfied by Final Fantasy 15’s story. So much so that I’ve been very excited about the game’s season pass despite the fact that I tend not to care for story-based DLC for single-player games. I like my games complete and contained first and foremost, but I like Final Fantasy 15’s four principal characters so much that I’m into the idea of hearing more about them. Turns out there’s strength in numbers: the first Final Fantasy 15 DLC story about Gladiolus is not very much fun based on the PAX East 2017 demo. The combat is sluggish compared to the full game and the new campaign promises to just be a few hours long and free of the open world action that made 15 so interesting. - Anthony John Agnello

You need to pay attention to Adult Swim Games

Seven years ago, Adult Swim Games released its first verifiable hit, Robot Unicorn Attack. Starring (you guessed it) a robot unicorn and set to the tune of British band Erasure's "Always," the endless runner was as challenging as it was quirky. And fun though RUA and its various spin-offs were, it was still a browser and mobile game built more for killing time than providing a deep experience. The games on show at the Adult Swim Games booth at PAX East couldn't be further from those humble beginnings. Rain World combines the survival elements of Don't Starve with the exploration of Metroid. Battle Chef Brigade will turn you into a level 20 Iron Chef. Kingsway is a clever, nostalgia-fueled RPG that blends its gameplay with a faux Windows 98 operating system. Katana Zero is a gorgeous side-scrolling twist on Hotline Miami's brutal formula. You get the idea. The rate at which Adult Swim Games has grown and the quality they're bringing to the table is staggering. - Sam Prell

Dropshot proves that Rocket League can even do volleyball

During my demo of Rocket League’s new Dropshot mode at PAX East, developer Chris Mele told me the team at Psyonix tried to make a straight volleyball mode. Cars on one side of the field, their opponents on the other side, both bouncing the big glowing ball back and forth and trying not to let it hit the ground. Turns out volleyball is a fast sport for humans but just too slow for rocket cars. They kept experimenting, though, and ultimately realized that what they really needed from volleyball were righteous spike moves. Dropshot certainly has those; you score by repeatedly slamming the ball into the ground from mid-air, eventually shattering the ground and ramming the ball into the wrecked hole. It’s fun and makes for a fun entry into the game for complete newbies like myself. - Anthony John Agnello