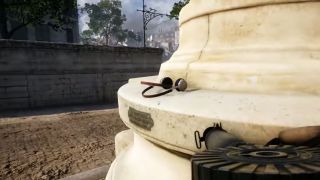 Battlefield 1 players are starting to find headphones and Morse code messages scattered around its maps, which can mean only one thing: it's Easter egg time.

The Battlefield series is know for having loooong, hard to uncover secrets that lead to things like giant sharks and secret weapons. In the past they've involved multi-stage puzzles, player cooperation and taken ages to solve. So don't expect anything to happen overnight.

Here's what we know so far however:

And that's it so far. No one seems to have cracked the Morse code yet, which is obviously the next step, but as I mentioned this could take months - the giant shark Easter egg in Battlefield 1 took so long that most people started to believe it didn't exist. That eventually required 10 players to congregate around a certain buoy at sea on one particular map.

Here's a video summing up what's been found so far.