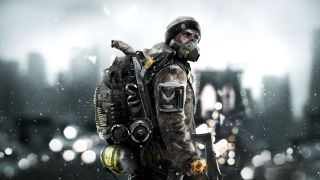 Update 1.2 for The Division might have brought a stack of new ways to play - including better loot drops - but it also delivered a sea of new bugs. You can read the full, and slightly depressing, list here on Ubi Massive's forums to see what it's still working on fixing. For now though, if you've been having double UI issues on PS4, a new patch released today will fix that problem.

It's a whopping size on PS4 at 4.5Gb but if that's what it takes to fix the problem, that's what it takes. There's been some server down time over the past week too so there's clearly plenty of bug fixing going on. Have you encountered anything that isn't in the plans to be fixed? Let us know in the comments.