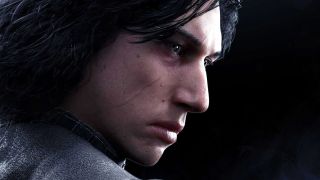 I have good and bad news for folks who are hyped up for Star Wars Battlefront 2 after its big reveal at Star Wars Celebration 2017 last week. First the bad news: we've officially entered the part of the media cycle where there probably won't be any big reveals until much closer to E3 in June. Now the good news: developers can't help but tease out little extra morsels of information to hungry fans on Twitter.

Here are some notable details I found while trawling the dev team's Twitter replies.

You can unlock Deluxe Edition gear by playing

You don't have to pay extra for the Elite Trooper Deluxe Edition if you just want the in-game gear. The special loot can be earned in-game, though you'll still need to pay up to start playing the game three days early.

@EnSh93 Both, kind off. We're doing some improvements and we'll have more details later.April 16, 2017

Blasters in Star Wars Battlefront (2015) overheat when they're fired for extended periods. It sounds like Battlefront 2 (2017 - and henceforth I'm just gonna call the darn things Battlefront and Battlefront 2) will change up that mechanic a bit without totally swapping it out.

Battlefront 2 will use dedicated servers

No worries about peer-to-peer connections and laggy hosts messing up your Hoth assault.

It probably won't have Galactic Conquest

@nbyrne00 I don't think we'll go that far into our other franchise but there's certainly things to learn from bothDecember 23, 2016

The old turn-based strategy metagame from the original Battlefront series is one of the most common feature requests from fans, but it's not looking promising so far. Maybe in a DLC pack?

You can play as Battle Droids

@DICE_FireWall "It would not be the Prequels and the Clone Wars, without being able to play as the B1 Battle Droid. Roger Roger." -Dennis 👍👏April 18, 2017

Note that the developer didn't tweet this himself, though he did retweet somebody else quoting him, so that's a good sign.

@Max_B_sithjedi it's not the same freedom, but you can definitely customise your trooper class quite drastically to suit your playstyleApril 19, 2017

Instead of building your own loadouts with Star Cards, Battlefront 2 will use a Battlefield-style class system for setting players apart from one another on the, uh, fightplace. You'll still be able to tweak each class quite a bit, though.