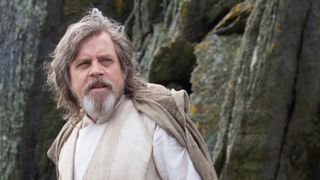 Director Rian Johnson has been hard at work on Star Wars: Episode 8 for most of the year, and for his cast and crew the finish line is almost in sight. According to Luke Skywalker himself Mark Hamill, principal production on the highly anticipated 2017 movie will be complete in a little over two weeks.

Wrapping almost 18 months before the film's cinematic debut gives Johnson plenty of time to finalise the movie, and post-production on a film like Star Wars 8 is sure to be extensive (the special effects shots alone will take a while). Until then, we can ride out the wait with Rogue One: A Star Wars Story, due out later this year.