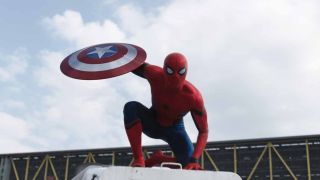 Spider-Man: Homecoming - which started filming this week - has been making a few last minute cast additions recently, and director Jon Watts isn't quite done yet. Deadline are reporting that Abraham Attah - who earned critical acclaim for his terrific performance in Beasts of No Nation alongside Thor: Ragnarok's Idris Elba - has joined the cast in an unspecified role. According to Variety, it's a similar story for Hannibal Buress; the site reports that the comedian will also appear in Homecoming.

It's likely that the characters Attah and Buress play will show up in Peter Parker's life as opposed to Spider-Man's. What they'll be up to is anyone's guess, although in the case of Buress it's likely that he'll bring some more humour to the film.

In any case, whether it's Black Panther or Thor: Ragnarok, a lot of great actors have joined the Marvel family of late. Attah and Buress are two more great additions, and I'm excited to see how they will make their presence felt in Spider-Man: Homecoming.