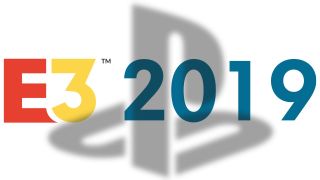 Sony isn't coming to E3 2019 in a massive shakeup for both the PlayStation company and the prominent trade show. Sony Interactive Entertainment confirmed the news, which first emerged in speculation based on the company's absence from an E3 2019 press release, in a written statement supplied to Game Informer. Publishers such as EA and Bethesda have reduced their presence at the show or stepped back entirely in favor of their own parallel events, but Sony will be the first major console manufacturer to skip out on E3.

"As the industry evolves, Sony Interactive Entertainment continues to look for inventive opportunities to engage the community," SIE said in the statement. "PlayStation fans mean the world to us and we always want to innovate, think differently and experiment with new ways to delight gamers. As a result, we have decided not to participate in E3 in 2019. We are exploring new and familiar ways to engage our community in 2019 and can't wait to share our plans with you."

The company also confirmed that it will "not activate or hold a press conference around E3", ruling out the possibility that it may be planning an E3-adjacent event of its own. This follows the news that Sony had elected not to hold a PlayStation Experience 2018, the December fan event that had previously for four years in a row. Here's what SIE boss Shawn Layden had to say about the decision to skip PSX:

"Now that we have Spider-Man out the door, we're looking down in 2019 to games like Dreams and Days Gone, but we wouldn't have enough to bring people all together in some location in North America to have that event," Layden explained. "We don't want to set expectations really high and then not deliver on it. It was a hard decision, but we have determined that this year we will not hold PlayStation Experience."

The PlayStation E3 2018 event already highlighted Death Stranding, Ghost of Tsushima, and The Last of Us Part 2 in great detail. With official release timings for all three still unannounced, the slate of upcoming PS4 games - particularly exclusives - may not be all that different by the time E3 2019 kicks off in June. Whether you take Sony skipping E3 2019 as further proof that the company is circling its wagons to gear up for PS5, or just another knock against E3's shifting identity and value proposition for exhibitors, changes are coming.

Worried you won't have enough to play next year? Consult our list of the best PS4 exclusive games and you may find a few you missed.