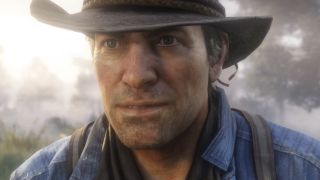 It's only been a few days since Red Dead Redemption 2 released last Friday, but players have already found and exploited a glitch that lets you make huge amounts of money over a short period of time, which is a big deal when the game is so stingy with its cash rewards.

While the chance of success varies case-by-case, players have reported making up to $15000 at a time through the glitch, which is found in a loot box at the burnt out sheriff's office in Limpany, north of Flatneck Station. It's likely that Rockstar will patch this out as soon as the studio is notified of the issue, however, so anyone looking to make the best of it ought to start now. Here's how to do it.

First, disable the autosave system from the main menu and open the loot box under the sheriff's table, but don't withdraw the gold bars found within. Instead, as Arthur bends down to grab the bars, pause and manually save the game, before entering the new load you've just created.

Now head back to the loot box, and you'll be able to pick up the bar repeatedly without it vanishing upwards of 30 times, and each bar will sell for $500 at the local Fence at Emerald Ranch, netting a possible grand total of $15000. Sadly, anyone who's already looted this box previously won't be able to make use of this glitch, and some have said that  doesn't work at all on certain platforms.

Either way, this is mad money for anyone lucky enough to come across the technicality, as you'll be able to buy a stable's worth of horses just by running the scam twice in a row. If you're more of a Red Dead Redemption 2 purist who doesn't want to cheat the system, I'll understand, but anyone else is free to go to town on it, before Rockstar closes the loophole for good.

Our Red Dead Redemption 2 Legendary Animals guide is also a great way to accrue mounds of money in Rockstar's latest, so read on for tips on how to find and kill each one.