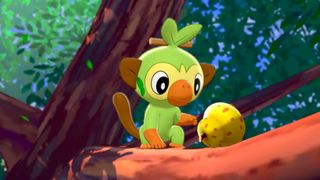 Ahead of Pokemon Home's launch in February 2020, Nintendo have explained how the free and Premium versions of the Switch and mobile app work and how they interact with other systems like Pokemon Bank.

The short version is that Pokemon Home lets you link Pokemon games using your Nintendo account. Once you're linked up, you can use Home to move Pokemon between games. Games supported at launch include Pokemon: Let's Go Pikachu and Eevee as well as Pokemon Sword and Shield, with Pokemon Go support due in the future. It's worth noting that once a Pokemon is moved from Let's Go to Sword or Shield, it cannot be sent back.

Pokemon Home Premium, the paid version of the app, also lets players transfer Pokemon from DS games like Sun and Moon using Pokemon Bank. Again, once a Pokemon is transferred from your Bank via Pokemon Home, it cannot be sent back to the Bank. Pokemon Home Premium also adds the "Judge" ability, allowing you to quickly judge the strength of your Pokemon, and increases the number of Pokemon that can be deposited and traded at once. Free users can only deposit 30 Pokemon, for instance, while Premium users can hold a whopping 6,000.

Pokemon Bank and Poke Transport, the transfer app used on 3DS, will be free to all users for one month following the launch of Pokemon Home. This will give everyone a grace period to move Pokemon to their Bank and Home. However, Pokemon Home Premium will be tied to paid subscriptions. Curiously, the mobile and Switch app subscriptions are priced slightly differently. Note that these prices are subject to change.

Prices aside, Nintendo also outlined the various ways Pokemon Home can be used to trade Pokemon. Those are:

Pokemon Home will come in mighty handy once the Pokemon Sword and Shield expansion pass is out.