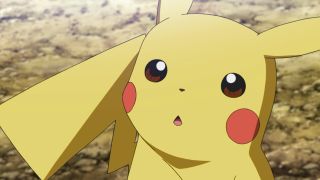 Pokemon Day 2020 is just weeks away, which means a whole bunch of new Pokemon and Poke-festivities are coming soon.

This year's Pokemon Day celebrates Pokemon Red and Green, which were released in Japan 24 years ago. The celebration kicked off earlier this month with a Pokemon of the Year contest which will run through Friday, February 14. Looking ahead, we've got Pokemon: Mewtwo Strikes Back - Evolution, a new CGI remake of the first Pokemon film, coming to Netflix on February 27, to say nothing of in-game events for Pokemon Sword and Shield and Pokemon Go,   special Pokemon shirts by Original Stitch, and special events in Pokemon Masters.

With all that being said, here's everything you need to know about Pokemon Day 2020.

There will be a new Mythical Pokemon appearing in Pokemon Sword and Shield on February 27, officially confirmed by Pokemon Company International. As Serebii reports, we'll get our first glimpse at this Mythical Pokemon on Saturday, February 15 thanks to a silhouette coming in CoroCoro magazine. The new addition to the Pokemon Sword and Shield Legendaries will also star in the new upcoming Pokemon Movie Coco. The film, which currently doesn't have a western release date, is set to debut in Japan on July 10.

Pokemon Sword and Shield will also get new Max Raid Battles featuring a special Milcery, which can Gigantamax after you evolve it into Alcremie. But if you can't wait for Pokemon Day for some new content, there's a Gigantamax Toxtricity that has recently been discovered. Gigantamax Toxtricity is an absolute unit at over 78 feet tall, with a weight of simply ???, which I'm assuming is a lot.

Online competitions have already begun in Pokemon Sword and Shield, along with some minor tweaks on how they work. You now need to link your Nintendo Account to your Pokemon Trainer Club account in order to earn Championship Points.

To prepare for Pokemon: Mewtwo Strikes Back—Evolution, Armored Mewtwo will begin appearing in Pokemon Go Legendary raids starting February 25. There will also be increased encounters of certain Pokemon featured in that film, so keep an eye out.

There will be special clones of Venusaur, Charizard, and Blastoise in Raids, and there may be clone Pikachu popping up in photos you take in the game. Most importantly, however, is the chance to run into Pikachu and Eevee wearing party hats in the wild, and Bulbasaur, Charmander, and Squirter donning the same attire and hatching from 7 km eggs. You'll also be able to complete two special trades with friends.

Want to stay up to date with all of the latest releases on Nintendo's console? Here are all of the best upcoming Switch games.