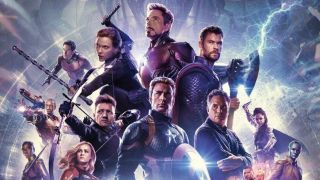 Avengers: Endgame, the biggest media event of the year, is only a few days away. We're about to see Earth's greatest defenders come together to fix the mess that Thanos created at the end of Avengers: Infinity War.

Marvel recapped every post-credits scene on Twitter earlier today ahead of the Endgame premiere. Now, most of the threads left open by these post-credits scenes have been closed - we don't need to see the scenes from Thor and Iron Man again. However, there are a few post-credits scenes that are required viewing ahead of Endgame, if you're prepared for possible spoilers.

At the end of Infinity War half the population of the universe was wiped out after Thanos collected all the Infinity Stones. Heroes like Black Panther, Scarlet Witch, Bucky, and many others turned to dust instantly. The post-credits scenes shows everyone's favorite eye patch, Nick Fury, also turn to dust. Luckily, he was able to call Captain Marvel for help before fading away.

While Ant-Man wasn't a part of Infinity War, he and Wasp did have their own adventure in San Francisco at the same time as the events of Infinity War. During the post-credits sequence we see Ant-Man jump into the quantum realm to gather more energy. As he jumps in, Wasp, Hope Pym, and Hank Pym are all dusted leaving Ant-Man stranded in the quantum realm.

Trailers for Endgame show Ant-Man having already escaped from the quantum realm, but his escape should still be a important plot point.

Lastly, there's Captain Marvel. At the end of Brie Larson's '90s-fueled adventure, we see her return to Earth after the events of Infinity War to meet up with the surviving cast of the Infinity War. It's clear that Captain Marvel is crucial in the plan to defeat Thanos.

All these mysteries should get wrapped up this weekend, and we're beyond excited to see how Marvel closes it all out.