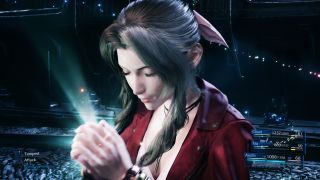 With a whole chunk of gameplay from the Final Fantasy 7 remake having taken centre stage during Square Enix's showcase at E3 2019, I don't blame you if you're salivating for more information about the fan-favourite remake. Well, I have good news: in a recent interview with Game Informer chief executive officer and president of Square Enix Yosuke Matsuda says that he believes "you have to be able to surpass the original" when it comes to creating remakes. Now does that set the bar high for the Final Fantasy 7 remake or what?

Matsuda went on to discuss the difficulties of bringing the Final Fantasy 7 remake to a new audience, saying that "remakes are harder, more challenging than you might think. Just by nature of being a remake, it means that there was an original and I believe that you have to be able to surpass the original," he says. "It's not enough just to do straight reprints of the old one because you also want to get new fans to be able to enjoy it. There are the old fans who know the old game, and at the same time, you want new people to enjoy it. I think you really need to achieve both of these things and that's why I say it's quite challenging."

Making sure that the Final Fantasy 7 remake is accessible for new players sounds like it's one of the things at the top of Square Enix's list for the release of the famed game, but Matsuda hinted that there's a lot more to come from Square Enix. "If it’s a popular series, we want to revive the whole series regardless of what the profitability looks like on individual titles. We’d rather put the entire series out there so it can be played again," he told Game Informer. Watch this space, folks, as it sounds like this isn't the last remake coming from the studio…

If you want to know more about the Final Fantasy 7 remake, here's our preview of the game from E3 about why it's everything you want it to be, or look below for our preview of Cyberpunk 2077 from the show!