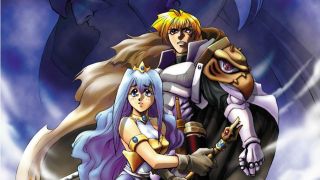 Before the band's placement in Guitar Hero redefined the name for most people, Dragon Force meant something else entirely. It was one of the best reasons to actually own a Sega Saturn in the mid-'90s, a brilliant strategy RPG with a typical battles pitting hundreds of tiny soldiers against each other. Released 20 years ago this week, it was just one of many distinctive Japanese role-playing games brought west by Victor Ireland's label Working Designs. To celebrate the anniversary, Gaijinworks founder Victor Ireland joined us to discuss his current studio, Working Designs, and the art of localizing games.