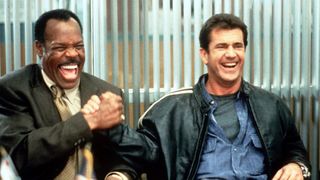 Speaking at The Hollywood Reporter's producers' roundtable, Dan Lin – who acted as executive producer on the Lethal Weapon television series, and has produced the blockbusters It, Sherlock Holmes, and The Lego Movie – revealed the studio's hopes for a Lethal Weapon sequel.

"We're trying to make the last Lethal Weapon move," Lin says. "And [Richard] Donner's coming back. The original cast is coming back. And it's just amazing. The story itself is very personal to him. Mel [Gibson] and Danny [Glover] are ready to go, so it's about the script."

The last instalment in the Lethal Weapon franchise reached the big screen in 1998. Richard Donner directed all four instalments in the series, though hasn't helmed a movie since 2006 – although he did act as producer on 2009's X-Men Origins: Wolverine.

Shane Black, who wrote the first movie, once revealed his own pitch for Lethal Weapon 5, as pointed out by ComicBook. "I wrote a 62-page treatment with my friend Chuck for Lethal Weapon 5 that would’ve been, I think, a very good movie," Black said. "It was interesting. It was essentially an older Riggs and Murtagh in New York City during the worst blizzard in east coast history, fighting a team of expert Blackwater guys from Afghanistan that’s smuggling antiquities. And we had a young character that actually counter-pointed them."

Lethal Weapon 5 hasn't got the green light from Warner Bros. just yet, but we're sure to hear something soon.